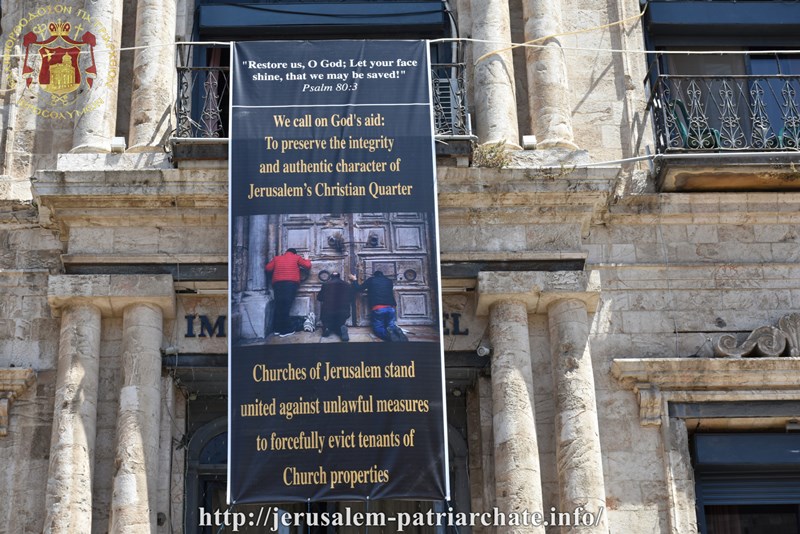 Joint Statement from the Patriarchs and Heads of Churches in Jerusalem

We, the Heads of the various Churches and Christian Communities in Jerusalem, stand united in our commitment to the Status Quo which governs the status of the Holy Sites and the protections of the Churches. This is recognised by all the religious and political authorities in this Holy Land, and has always been upheld by the governments of our region.

We view the attempts by radical groups to secure property at Jaffa Gate as a systematic attempt to undermine the integrity of the Holy City of Jerusalem and the Holy Land, to obstruct the Christian pilgrim route and to weaken the Christian presence. They do not only affect the Greek Orthodox Church, whose properties are at the centre of the case. This case is just part of a concerted effort by a group opposed to the Christian presence in Jerusalem to increase tensions between communities, and to harm the harmonious diversity for which Jerusalem should be known.

These are places to which over two billion Christians around the world look to as the geographical heart of their faith; they are places which millions of Christian pilgrims visit each year; and they are the places in which the Christians of this shared Holy Land live out their faith. We do not see this case as a mere property dispute, but one over the entrance, heart and continued function of the Christian Quarter as a place of living worship and pilgrimage.

Together with the Prophet Amos, we cry: “Let justice roll down like waters, and righteousness like an ever-flowing stream.” 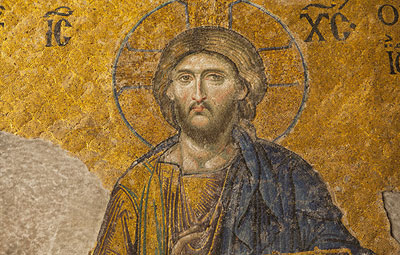 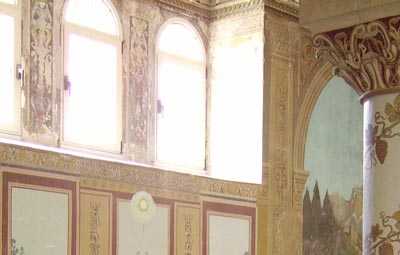 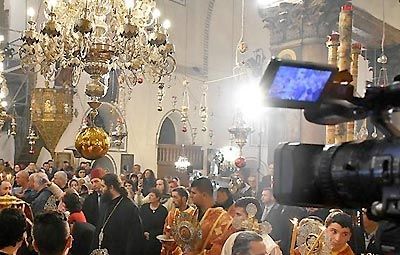